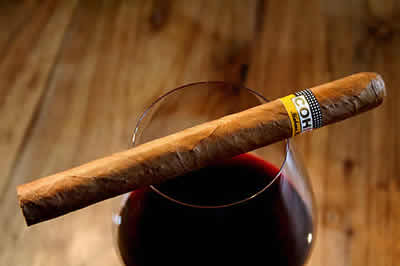 Cigar is the most popular tobacco product made of cut and fermented tobacco wrapped in a tobacco leaf. There are hundreds of different types of cigars and each is special in its own way.It s very important that your stuff get knowledge about serving cigars.

Symbols of luxury, prestige and Cuba, for centuries, cigars have been one of the favorite vices. They range from small Coronas or Cigarillos, to long Panatelas, Pettit Coronas, to famous Double Coronas. Largest cigars are Lonsdale. Smokers choose cigars based on their affinities and mood. Some are enjoyed in the morning or afternoon; others are traditionally smoked in the evening, after a meal and with a glass of wine.

Cigars are made in various colors and of different strengths. The darker the cigar is the stronger and more demanding. The most famous strong cigar is Maduro, a strong, heavy cigar smoked only by the most experienced. The lightest one is green Clarissimo, a very mild, sweet cigar popular in the USA. Regular Claro is a mild cigar of a pleasant aroma.

How to smoke a cigar

Smoking cigars is a ritual. Real connoisseurs smell the cigar, caress it and enjoy it before lighting it. They say it must be smoked slowly, never during work or on the street. Smoke must be drawn only every minute. That way a Corona will last about an hour, but will be in the mouth of a smoker for just three minutes. The smoke is not to be inhaled nor kept in the mouth.

Cohiba is a cigar made in 1968 for the Cuban President Fidel Castro. There are three series:

When and how to serve cigars

Guest usually requests cigars to be served after a meal, with a coffee, a digestive or a glass of good wine. Cigars are offered from their original box. If the guest’s brand is not available, he is offered other brands to choose from.
Server must have a cigar cutter and needle, matches, candle and a lighter. It is best for a server to keep these tools on a tray and ready to use.

Server takes the cigar by the paper ring and removes the wrapping if there is any. Server then cuts off the tip so that all the leaves at the end of the cigar are cut and the air can circulate freely through the cigar. The cigar is then served to the guest.

If the cigar is lit with a match, the flick of the match is not directed towards the guest and the match is brought near the guest only when the sulfur has evaporated. Server holds the flame beneath the cigar lighting it evenly until the guest starts drawing smoke. The flame must not be strong.
It is more difficult to light a cigar than it is a cigarette. Some do not cut the tip of a cigar but pierce it with a needle to make the air circulate. This technique is not always effective.
Cigars are offered from an open box. It is best to offer light and dark ones, i.e. weaker and stronger.

Cigarettes are offered at various receptions. Several cigarettes are drawn half way out of the box, placed on a small trey together with matches or a lighter.
Guest is approached from the left or the trey is left on a table for the guests to help themselves. One box is usually served for four people.

The key to success in restaurant industry is education. We are sharing free articles and tips with you and we ask you to share these tips on your social networks with your friends. Thank you.

As a Founder of Aida’s Writings she is intimately familiar with Web content writing, Blogging, Social media, and Marketing strategies.

Whatever you want to do, do it now. Life is too short!

Use pos sector to manage your hospitality business, and if you don't profit from it, we will refund your money. No questions asked! Here is what we can Offer:
Amazing support, you'll never feel like you are alone, we are responsible for what we do or what we sell, and we should take care of it. And we do!
Six modules to make your job easier
We are always working on new ways to make your life, as restaurant owner, easier.
Find out how POS Sector can Help you

Why should you try new things?

Use POS Sector - Restaurant Management Software, 30 days FREE, and then decide if is right for you. No obligations, no contracts, no credit card required

Installation and support to help you get started is also FREE!
YES, I want free trial
What you'll get in free trial? 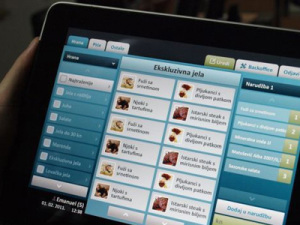 Enter your e-mail and we'll send you tips about Restaurant Industry trends.

A perfect guide for starters and professionals, for waiters & bartenders.

This eBook will transform your working place into a place where you love to be!
Get it for $3.90 Now

WAITER GURU
A perfect guide for starters and professionals,
for waiters & bartenders.

Waiter Guru describes the real experiences and how to deal with daily problems in 21 chapters and 56 pages. It just makes many things so simple.

You will learn so much and get through the book so quickly that you will want to start your working shift with your new knowledge and attitude immediately.

Buy Now for $3.90 No, Thanks.
{"cookieName":"wBounce","isAggressive":false,"isSitewide":true,"hesitation":"","openAnimation":false,"exitAnimation":false,"timer":"","sensitivity":"","cookieExpire":"","cookieDomain":"","autoFire":"","isAnalyticsEnabled":false}